Hans and Sophie Scholl, like others their age (teenage), believed that Hitler would lead Germany into a bright future and therefore, they joined the Hitler Youth. However, as the war progressed, they were soon disillusioned. Their father, who had always told them that Hitler was leading Germany to destruction, was arrested because of his views aired carelessly to secretary.

Hans and Sophie, students of the University of Munich at that time, decided that they had to oppose this regime knowing full well what the consequences of such rebellion could be. Along with a few other like-minded students and a teacher, they began to publish leaflets and distribute them. The leaflets asked people to oppose their own evil government and ended with a request to copy and distribute the leaflet. The movement soon took on a life of its own as copies of the leaflet began to appear in other cities of Germany as well as Austria. In addition to the leaflets, graffiti began to appear on buildings all over the city with messages such as, “Down with Hitler!”, “Freedom”, etc.

This non-violent secret protest of university students caused severe turmoil among the Gestapo as they tried to catch the perpetuators of what they considered treason.

Finally, in 1943, Hans and Sophie Scholl and one of their friends Christoph Probst was arrested. After a hasty trial, where all three accepted all the charges against them, they were sentenced to death. Those who witnessed their last moments and execution were impressed by the quiet dignity and bravery of these young students.

In the investigations that followed, several other students were arrested and either executed or sent to concentration camps.

The White Rose and its heroes are often considered the symbol of internal resistance against the Nazis. They represent the “other” side of Germany, all those who in their own ways tried to resist the Nazi regime. 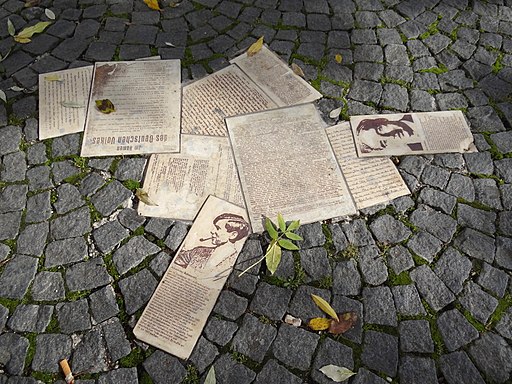 About the Author: Rukshin Shaher

Rukshin Shaher is the founder CEO of Travel with Quest. She simply adores history. The stories of those who preceded us on the planet attract her as much as a good bar of chocolate. Her idea of a perfect day is to snuggle under a warm blanket with a good book. Rukshin also has a healthy apetite for science fiction. Fact or fiction, she likes extremes.